Holi: Most Colorful Festival in India,Learn Why it is Celebrated

Role of Radha-Krishna in the Celebration of Holi

As it is known all over, Lord Krishna used to be very naughty & mischievous during his younger days. As the story goes, Lord Krishna was darker in complex and he was extremely jealous of the fairer complex of Radha.

One fine day, young Krishna went to his mother Yasoda and complained why nature has done so much of injustice towards him by making him dark and Radha, so much fair. Yasoda, being the compassionate mother that she was, tried her best to pacify young Krishna and asked Krishna to color Radha’s face in whichever color that he wanted to. Krishna, being the naughty young man that he was, obeyed his mother’s advice and applied color all over the face of his beloved Radha’s face, in turn making her look more like him, color-wise.

One can find a number of paintings and murals wherein one can see the beautiful scenery of Krishna’s successful attempt to color Radha’s face and other gopis.

Over the course of time, the adorable prank of Krishna wherein he applied color on Radha and other gopis using water jets which is popularly known as ‘Pichkaris’ gained public acceptance and became popular. It became so hugely popular that it evolved as a tradition, and later became a full-fledged festival called Holi. Even in this modern world, one can notice the rampant use of colors and pichkaris on the occasion of Holi. Lovers long to apply colors on their beloved’s face just like Krishna did with Radha to express their love and affection of each other. This interesting story is wonderfully brought alive every year all over the country, especially at places like Mathura, Vrindavan, Barsana and Nandgaon - the places popularly associated with the eternal love story of Radha and Krishna. On the colorful occasion of Holi, the entire country gets drenched in multiple shades of colored waters to celebrate the love of Krishna and Radha which is considered as immortal by many.

In some states of India, on the occasion of festival Holi, one can also see people following a tradition of placing the idols of Radha and Krishna in a decorated palanquin, which people carry along the main streets of the city. And to make the occasion even more mesmerizing, devotees of Lord Krishna, chant His name, sing devotional songs and dance in the name of Lord Krishna.

The festival of Holi is the Hindu festival and one of the most celebrated festivals in India. People used to gather together and celebrate this festival with great joy forgetting all the bitter memories and to give life to a broken relationship again.

Therefore this festival also called the “festival of love” or the “festival of colors”. This festival comes in the month of Falgun and is a one day and one-night festival. It starts in the evening of Purnima or the Full Moon Day. It falls in the middle of March and at the end of February. The night of the festival is celebrated with the name Choti Holi or Holika Dahan and the next day of the festival is called Holi. The festival signifies the arrival of the spring season and the end of the winter season. It also signifies the victory of good over evil. In different parts of the country, it is known with different names like Dhulandi Holi, Dhuleti, Lathmaar Holi, Dol Purnima, Rangpanchami, Hola Mohalla, Phagu Purnima, Basant Utsav, etc.

In many parts of India, this festival is celebrated with great joy and enthusiasm. The celebration of this festival starts in the evening with Holika Dahan. On this day people used to light up the bonfire pray for the good of everyone. There is also used to be light food and juice being served after the prayer. The bonfire symbolizes the triumph of good over the bad. And on the next day, Holi is celebrated. People used to celebrate this festival with their friends and families with colors and the zeal of colors brings a lot of positivity in our lives. It is a major festival of Hindu religious but this festival has also become popular in other communities and also among non-Hindus in many parts of South Asia. This festival is not just celebrated in India and Nepal but the celebration of this festival is seen in many different countries like Guyana, Tobago, and Trinidad, Malaysia, Canada, Fiji, Jamaica, United States, Suriname, Mauritius, and United Kingdom.

The festival of Holi is one of the important festivals in the Hindu religion. It’s preparation also play an important role in the celebration of this festival. Few days before the festival people used to start gathering wood for the lighting of the bonfire called Holika. This is done to make sure that the proper quantity of woods is being collected for the bonfire. The bonfire is considered pure and all the negativity is burn in this fire so people used to take embers from the fire at their homes so that they can rekindle their own domestic fires.

There is a story of a demon King Hiranyakashap and his son Prahlad. His son Prahlad was a great devotee of the Lord Naarayana. So his father tried to kill him by burning him alive. The demon king sister Holika sit with his son on the fire but nothing happened to Prahlad. So this fire also indicates the victory of good over evil.

The actual play of colors takes place on the next day which is the main day of Holi celebration. This day is also know as Dhuleti. This day is celebrated with a lot of enthusiasm and fun by putting colors on people. People take great joy in spraying color water on each other with either by pouring buckets full of colored water or with the help of pichkaris. People used to sing Bollywood songs based on Holi and dance on the beat of dholak. The spirit of the occasion is further enhanced by consuming Bhang. Special dishes are made on the occasion of this festival such as gujiya, malpuas, mathri and many more. People also serve free thandai and this drink is also an intrinsic part of the Holi festivity.

The festival of Holi has much significance in all the area of life such as biological, cultural, social and also mythological significance. The cultural significance of this festival is that it shows that who of devote of Lord Vishnu Prahlad was saved from the fire when his own father Hiranyakashyap tried to kill his son by burning him alive. It is an indication that when you truly devote yourself to that supreme power then that power will take care of you no matter if the whole world is against you. In the modern world, so many people resort to evil practices and for the small gains, they torture other human beings which is not good. This festival holi help people to remind that every act is to be paid here only as it was paid by the demon king Hiranyakashyap. It helps people to become the devote of god and by being truthful, honest and by doing a good thing to others will eventually pay off later in life.

Everybody wants to take part in this colorful and joyous festival which strengthen the secular fabric of the country. This festival is also celebrated by the non-Hindus. People from every religion take part in this festival which increases the brotherhood among people. This festival does not differentiate between the rich and poor and all the hard feeling will eventually be forgotten and even the enemies turn in to friends on Holi. This festival also strengthens the emotional bonds between the people and revitalizing the relationship as people visit their relatives and friends houses with sweets, gifts, and greetings.

There is also the much biological significance of celebrating this festival. This festival comes at that time of the year when people tend to feel sleepy and lazy. This is the festival of activeness. People used to run here and there to put colors on the faces. These colors are made of Abeer and the liquid dye which penetrates the body and enters into the pores and the effect of this strengthen the ions in the body which adds health and beauty to the human body. People also used to shout and also listen to loud music this all helps in rejuvenating the system of human body.

From the past few years, people are celebrating this festival eco-friendly. By eco-friendly means to avoid wastage of water and to not used toxic chemicals as they are harmful to the skin.

We wish you and all your friends and family a very happy and safe holi.

Festivals play a significant role in our day to day lives. We worship different Gods and accordingly there are different festivals that we celebrate to mark the occasion. Festivals provide us with an opportunity to spend quality time with our family, friends and relatives. There are so many rituals attached to the festivals and this makes the entire concept of celebration of festivals even more colorful & exciting.

Hartalika Teej Celebrated on 3rd August 2019 Hartalika Teej Festival is the celebration of the reunion of Goddess Parvathi with Lord Shiva. During this festival,… 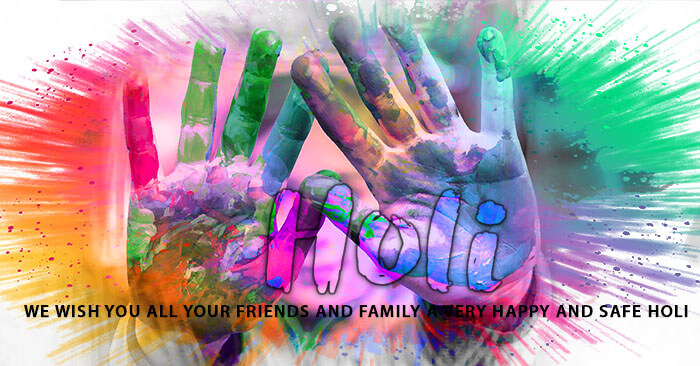 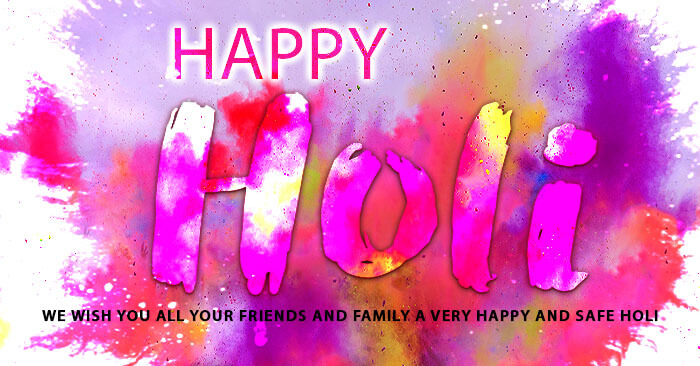 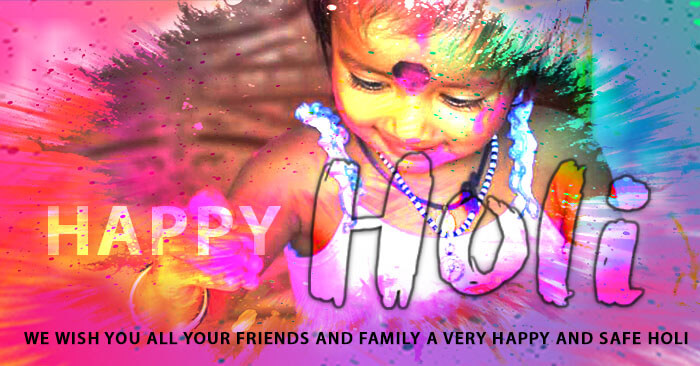 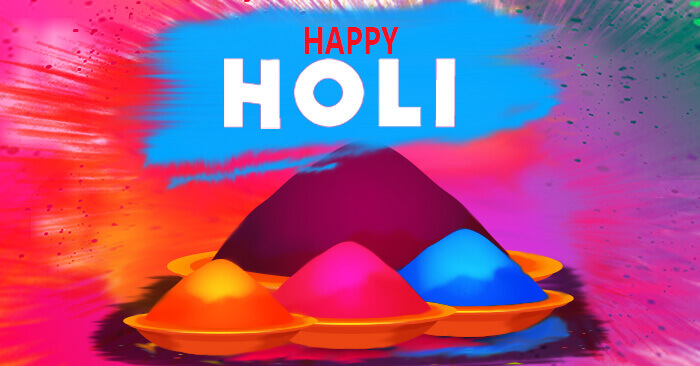 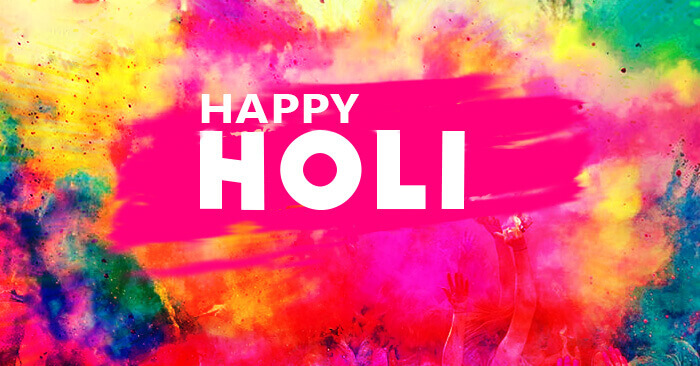