In KURMA Avatar, Lord Vishnu incarnates as a turtle. It is an interesting story involving both gods (devtas) and asuras (demons). In the incessant saga of the battle between the devtas and the asuras, once the devtas suddenly lost all their strength due to a curse of the temperate sage Durvasa. The sage had formerly presented a garland of flowers to Indra, king of the gods, who yielded it carelessly to his elephant who trampled him.

The Deva were harassed by Asuras (demons). They could not stand before the force of the Asuras. The Asuras made up two-thirds of the population, while the Suras (Devas) made up only one third. Of course, the Asuras still have the upper hand. The Devas went to Brahma and told him about their fate. Brahma led them all to the adobe of Sri Maha Vishnu.

Maha Vishnu was in his meditative sleep (Yoganidra) and really thought about the fate of the Devas and actually wanted to find a permanent solution to this sad state of affairs. At that time, Brahma was introduced to the audience of Sriman Narayana who was lying on his cosmic Anantha bed.

Brahma after obedience told Maha Vishnu what all the Devas had told her. Maha Vishnu said, 'I see your terrible situation. I will give you a solution. Act in consequence. Be friendly with the Asuras first. With their cooperation, splash the ocean and you will get many precious things from the ocean, you will also get Amirtha nectar. If you take a dose of Amirtha, you become immortal. Then the question will be solved because you would have conquered death. Brahma says, 'Lord, only the Devas cannot do the work. They must get the cooperation of the Asuras as you indicated. If the Asuras get to know Amirtha, I fear very much, Lord, that things are not formed.

Maha Vishnu replied, 'My children do not worry about that. Leave me that and I'll manage. Note that the demons will ring and you will reap the fruit '.

With Mandara Mountain as churning rod and large Vaasuki serpent as a rope; the churning of the ocean has begun.As they turned, the mountain began to flow slowly and at one point the spinning stopped. The lord of the universe saw this and took the form of a wonderful huge tortoise (Koorma) plunged into the waters and gave his strong shell on his back as support to the mountain. Now the mountain has stabilized and the turnaround has begun.

The first who came out of the ocean was Kamadhenu, the divine cow. Maha Vishnu gave this divine animal to the sage Vasishta. Then came the Paarijatha tree. Devendra took it and decorated it with its park (Nandavana). This was followed by the moon and then the precious Kaustubha diamond. Kaustubha was appropriated by Maha Vishnu himself.

While the Moon adorned the head of Lord Shiva, the latter was known as Sasidhara. Then came Iravatha (white elephant). Indra took it for his use.

After a while, the deadly poison Haalahala (terribly destructive poison) came and burned the whole universe. All ran helter-skelter. They fell at the feet of Lord Shiva who saved the universe by drinking poison. While Lord Shiva was swallowing the poison by saying Sriman Narayana Preethyartham (to the pleasure and satisfaction of Sriman Narayana), the poison remained stuck in his throat and could not pass into the digestive tract, making his neck dark blue. So, he was known as Neelakanta.

Sri Mahalakshmi, Amirtha, and several other precious objects then appeared in the Milky Ocean. Lord Vishnu accepts the goddess Lakshmi as his wife.

The Devas and the Asuras continued churning. Finally, Dhanvantari came out of the sea. Dhanvantari is the divine physician. He had a Kalasha (sacred pot) containing Amirtha. The demons are the first to notice the Kalasha and snatch it from Dhanvantari. Immediately, the Devas ran to Lord Vishnu and asked him to develop a plan to recover the Kalash for them.

Lord Vishnu turns into a beautiful woman, Mohini's. As she was so graceful and beautiful, the demons could not stop looking at her.

Mohini successfully obtained Amrutha Kalash's demons, assuring them that she would distribute it evenly between the Deva and the demons

Makar Sankranti: 14th January 2021 In South, it is a 4-day long festival and the day one is called “Bhogi” when people throw away old…

Thaipusam: 28th January 2021 This festival is mostly celebrated by the Hindu people of the Tamil community. The festival of Thaipusam is also known as…

Surya Jayanthi or Ratha Saptami: 19th February 2021 Ratha Saptami is one of the important festivals that are celebrated by Hindus and an auspicious day…

Maha Shivratri: 11th March 2021 Maha Shivratri, if you translate it, means ‘Great night of Lord Shiva’, is one of the most popular Hindu festivals…

Holi Most Colorful Festival in India

Holi Festival: 29th March 2021 Role of Radha-Krishna in the Celebration of Holi As it is known all over, Lord Krishna used to be very…

Ram Navami: 2nd April 2020 Ram Navami is a Hindu or Vedic festival which is celebrated every year with great flair and enthusiasm on the…

Mahavir Jayanti: 6th April 2020 Mahavir Jayanti is one of the most significant religious festivals that belong to the Jain community. It is celebrated with…

Ugadi (Gudi Padwa): 13th April 2021 Ugadi, the festival is mostly celebrated by the people of Telangana, Andhra Pradesh, and Karnataka. The people of this…

Vaisakhi or Baisakhi: 13th April 2020 Baisakhi is a harvest festival that is celebrated in the state of Panjab and Haryana by Sikhs and Hindus. This…

Bihu: 14th April to 20th April 2021 Bihu is one of the important festivals that are celebrated in Assam. This festival is celebrated with the…

Matsya Jayanti: 15th April 2021 Are you a person who cultivates good habits? What preserves good friendships? Do you reflect on your health, your mood,… 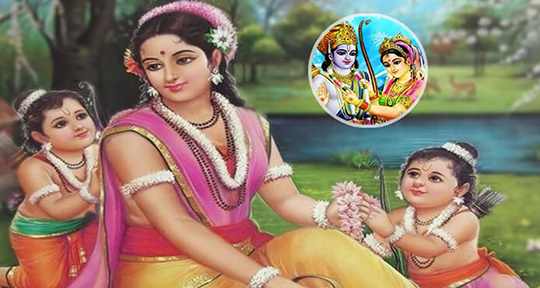 Sita Navami: 2nd May 2020 Sri Ram Navami is one of the important festivals that are celebrated in India by Hindus. But did you ever…

Narasimha Jayanti: 6th May 2020 The King of Demon Hiranyakashipu after devoting many years in Sadhana obtained a boon from Lord Brahma that he could…

Narada Jayanthi: 8th May 2020 Narada Jayanthi is one of the significant festivals that is celebrated by a number of Hindu devotees. This day is…

Raja Sankranti Festival: 14th June 2020 Festival is a celebration or an event celebrated by a community or a group of people that reflects their…

Ratha Yatra: 23rd June 2020 The festival of Chariots, Ratha Yatra is one of the most famous festivals in India, mostly in the state of…

Bonalu Festival 2020 in Telangana will begin on Sunday, 28 June and ends on Sunday, 19 July Bonalu is another very famous folk festival in…

Kalki Jayanti: 25th July 2020 It is said in the scriptures that when Kaliyuga is at its peak then Lord Vishnu will take the form…

Raksha Bandhan: 3rd August 2020 Brothers and sisters know very well what's in each other's hearts. They share some of the best moments of life…

Janmashtami: 11th August 2020 Janmashtami is a festivals that is celebrated by the Hindus to celebrate the birth of Lord Krishna. India is a land…

Onam 2020 will begin on Saturday, 22 August and ends on Wednesday, 2 September Onam is the annual harvest festival celebrated in the state of…

Rishi Panchami: 23rd August 2020 Importance of Rishi Panchami : As per the Hindu Lunar Calendar, the fifth day of the Shukla Paksha of the…

Radha Ashtami: 26th August 2020 Shri Radha was born or rather it is believed that she was found lying on a Lotus leaf in a…

Bathukamma 2020 will begin on Thursday, 15 October and ends on Friday, 23 October Bathukamma is a festival widely celebrated in all areas of the…

Dussehra: 25th October 2020 Dussehra is one of the most noteworthy festivals in India and it is celebrated on the tenth day of Navaratri. This…

Meerabai Jayanti: \31st October 2020 Meera Bai (circa 1498-1547) was a great Hindu poet and ardent devotee of Lord Krishna. Meerabai Jayanti was celebrated in…

Diwali: Saturday, 14th November 2020 Every one of the lights of the World can't be contrasted even with a beam of internal light of oneself.…

Kartik Puja: 16 November 2020 Kartik Puja takes place on the 11th day of the month of Kartik, mainly on the Ganges River in Varanasi.…