Sarojini Naidu was a great poet, feminist, leader, and a freedom fighter. She was the first woman governor of any state in India. And she was the second woman in India to become the president of the Indian National Congress. She was called "The Nightingale of India".

She was born in a Bengali Hindu family in Hyderabad, on February 13th, 1879. Her father Aghore Nath Chattopadhyay was the principal of Nizam College of Hyderabad. He was also a scientist and a philosopher. Her mother Barada Sundari Devi was a poet in the Bengali language. Aghore Nath Chattopadhyay was a socio-political activist. So he was dismissed from his position of principal. Sarojini Naidu had two brothers Harindranath Chattopadhyay, Virendranath Chattopadhyay and one sister Sunalini Devi. One of her brothers was a political activist who is influenced by Communism. Another brother was a poet. Her sister was a dancer and actress.

Sarojini Naidu was very talented in her childhood. Her father wanted her to become a scientist or a mathematician. Her younger brother used to write poems. From him, Sarojini Naidu was inspired and started to write English poems from her school days and became a great poet. She was proficient in English, Telugu, Urdu, Bengali and Persian languages. She completed her matriculation from the University of Madras in the first division, at the age of twelve.

With her prodigious literary skills, she wrote a 1300 lines poem in English under the title "The Lady of the Lake". Impressed by this, her father encouraged her. Later she wrote a play "Maher Muneer" in the Persian language with her father's assistance. Sarojini's father Aghore Nath Chattopadhyay distributed some copies of this play to relatives and friends. He also sent a copy of this play to the Hyderabad Nizam. Nizam was impressed by the work of the child and granted her a scholarship to study abroad. She went to King's College in London and Girton Cambridge for higher studies.

Her study of English Literature increased her contacts in the literary world. She met prominent English authors like Arthur Simon and Edmond Gausse who inspired her to write on themes relevant to India. They advised her to be a genuine Indian poet of Deccan. After that, she became a member of the Royal Literary Society in London. She was honored with Doctorates of several Universities.

Sarojini met Govindarajulu Naidu a physician while she was taking her graduation and fell in love with him. After returning to India, she married him in 1895 with his family's blessings. At that time inter-caste marriages were not allowed in Indian society. As Naidu was a non-brahmin, they were married by the Brahmo Marriage Act(1872). This couple was blessed with four children Jayasurya, Padmaja, Randheer, and Leilamani.

She was deeply influenced by the partition of Bengal in 1905. So she decided to join the Indian freedom fight. She went into politics with the inspiration of Gopal Krishna Gokhale. She met him regularly who in turn introduced her to the other leaders of the Indian freedom movement. She was closely involved with the Indian National Congress in the freedom movement. After joining the Indian National Congress, she left her poetic aspirations for the sake of the country. She visited London to Round Table Conference as an Indian representative.

In 1916, she met Jawaharlal Nehru, worked with him for disheartening conditions of the Indigo workers of Champaran in Bihar and fought with the British for their rights. She traveled all over India to deliver speeches on the welfare of youth, nationalism, the dignity of labor and women emancipation. In 1917, she helped Annie Besant and other prominent leaders in founding the Women's India Association. She presented the need to involve more women in the freedom struggle to the Indian National Congress. As the flag-bearer of Indian Nationalist Struggle, she traveled to the United States of America and many European countries. Sarojini Naidu actively supported Mahatma Gandhi in all his campaigns. She was very active in the Civil Disobedience Movement, Satyagraha Movement, and the Quit India Movement. When Mahatma Gandhi was arrested in 1930 after Salt March to Dandi, she led Satyagraha with other leaders. She was responsible for spreading Gandhian principles and establishing him as the icon of peace. She gave many social reforms and women empowerment lessons to women to charge them for our freedom fight. She was sent to jail many times in 1930, 1932 and 1942. Her arrest in 1942 led to imprisonment for 21 months. She became the president of the Indian National Congress as a result of her selfless contribution to the cause of freedom. After the independence of India in 1947, she was made as to the governor of Uttar Pradesh for her active participation in the Indian National Congress.

Besides playing an important role in the Indian National Movement, Sarojini Naidu also contributed to the field of poetry. She transformed her works into songs and sing them as well. So she was called as "The Nightingale of India" because of her voice.

She wrote on nature as well as of patriotism. She published her first book, a collection of poems, in 1905, under the title "Golden Threshold". She also published two other collections namely, " The Bird of Time" and "The Broken Wings". These two collections attracted huge readers in India and England. She also penned articles and essays like "Words of Freedom" on her political beliefs and social issues like the empowerment of women.

She lived her life by her words- " As long as I have life, as long as blood flows through this arm of mine, I shall not leave the cause of freedom…I am only a woman, only a poet. But as a woman, I give you the weapons of faith and courage and the shield of fortitude. And as a poet, I fling out the banner of song and sound, the bugle call to battle. How shall I kindle the flame which shall waken you men from slavery… ". Sarojini Naidu took her last breathe at Lucknow, Uttar Pradesh on 2nd March 1949. Her childhood residence was made as " University of Hyderabad" by her family. To honor her, the University renamed its "School of Fine Arts and Communication" as "Sarojini Naidu School of Arts and Communication".

Kiss Day is celebrated on 13th February every year LOVE - It is not just a word, it is a feeling. With a kiss, we… 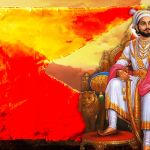 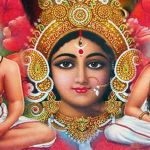 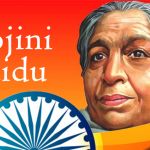 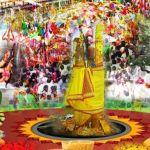